Founded in 1943, Lake Jackson was developed as a planned community by Alden Dow for workers of the Dow Chemical Company. Since Alden Dow wanted to maintain as many trees as possible in this community, he ensured the roads did not interfere with the trees. To date, most roads in Lake Jackson are not straight. In fact, the town is well-known for its meandering streets surrounding downtown, which all end with the word “way.” These streets include Circle Way, Center Way, Winding Way, That Way, and Any Way.

Lake Jackson, also known as the City of Enchantment, is equally famous for being the birthplace of jalapeno jelly. It is also the home of Brazosport College, Sea Center Texas, the Lake Jackson Historical Museum, and the Abner Jackson Plantation. Even as more families strive to settle in this town that long outgrew its initial purpose to be a planned community, the beauty of staying here is to live and work in comfort. This is where Colley Refrigeration comes into the picture as the reputable HVAC contractor in Lake Jackson that you can count on.

Routine HVAC Maintenance only A Call Away

The number one reason why most property owners spend so much on repairing their HVAC systems is that these units are neglected for so long that they stop functioning. Unfortunately, this often means that technicians must overhaul these systems and fix several parts before your heating or cooling unit starts running again. However, all this can be avoided when you opt for our annual HVAC maintenance services that can help you avoid up to 93% of all AC repairs.

Our full-year HVAC maintenance agreement will see our technicians visit your property for two seasonal checkups, followed by professional HVAC system servicing and instant resolution of any other underlying issues before it worsens. In the end, these preventative services will ensure you always have a well-functioning HVAC equipment while saving you from the burden of incurring expensive repairs. To benefit from our yearly AC maintenance packages, contact us today and let us bear the responsibility of taking care of your heating and cooling needs. Lake Jackson’s summer temperatures can get quite hot, and when things start to heat up, it’s crucial for your home and business to have an AC or ductless mini split system that you can count on. Fortunately, you never have to stress about this when Colley Refrigeration is only a phone call away from helping with your brand-new air-conditioning installations or AC replacements. You will love working with our highly trained and insured technicians, who will always get the job done right the first time. Check out our AC Special Discounts Here. Breath Clean and Safe Indoor Air for Your Health

How many times have you had questions about your Lake Jackson indoor air quality? Well, it is only right to worry about the air you breathe when indoors, given the many pollutants and contaminants in most environments. However, this does not mean you have to spend sleepless nights thinking about these issues when Colley Refrigeration has a team of certified indoor air experts to help.

We offer a full range of services to ensure you breathe cleaner air, from property inspection and duct cleaning services to installing air purifiers and filters. To determine the best solution for your home or business, contact us today, and we will guide you on the best options for safe and comfortable living. We provide residential and commercial furnace services in Lake Jackson to ensure you always stay warm even when the temperatures drop. So, whether you need a heat pump installation, new efficient furnace, we are only a phone call away from resolving all your heating problems.

Request A Call Back To Schedule A Service Or Get A Quote Today! 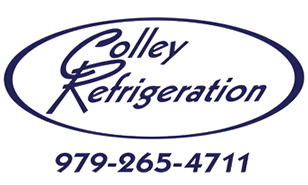